Six races spread over the summer on a Wednesday evening – All abilities welcome.

The approx. 5.5km route is within the beautiful Upton County Park, starting and finishing in front of the main house. Runners must complete a minimum of any four races to be considered for an individual or team prize. 7:15pm race start time. 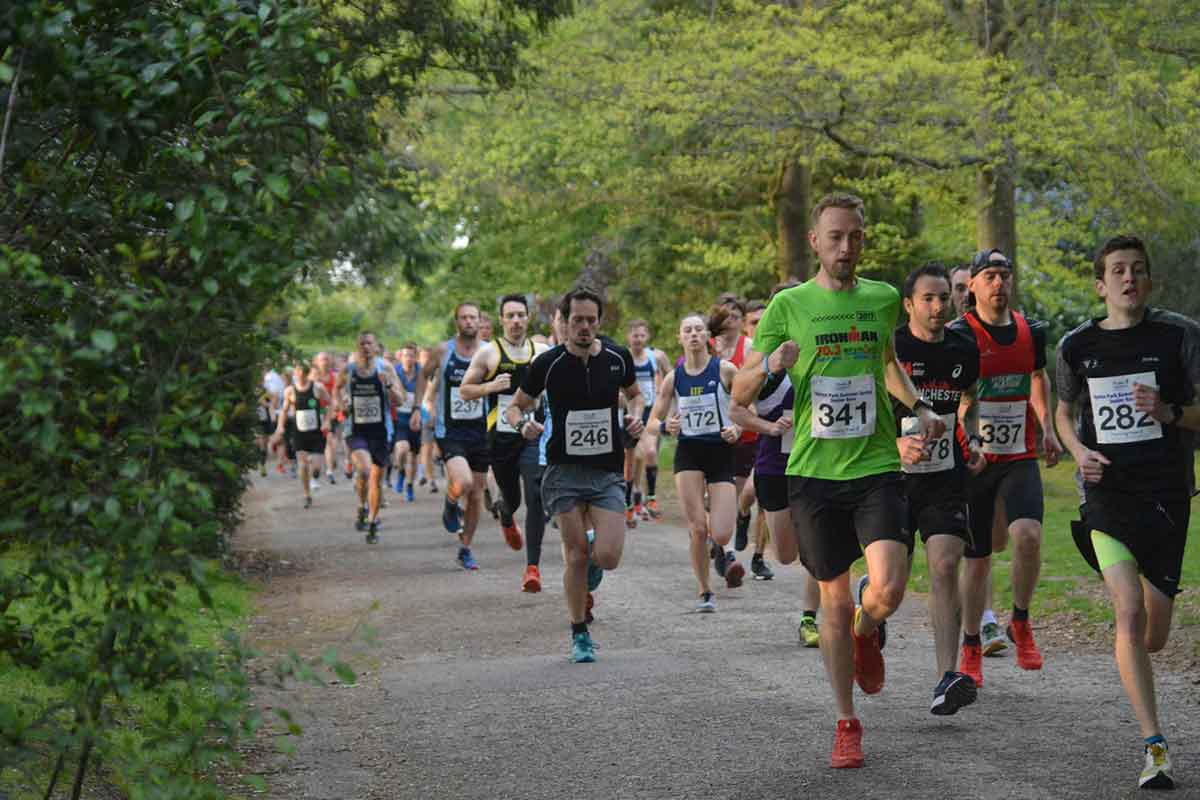 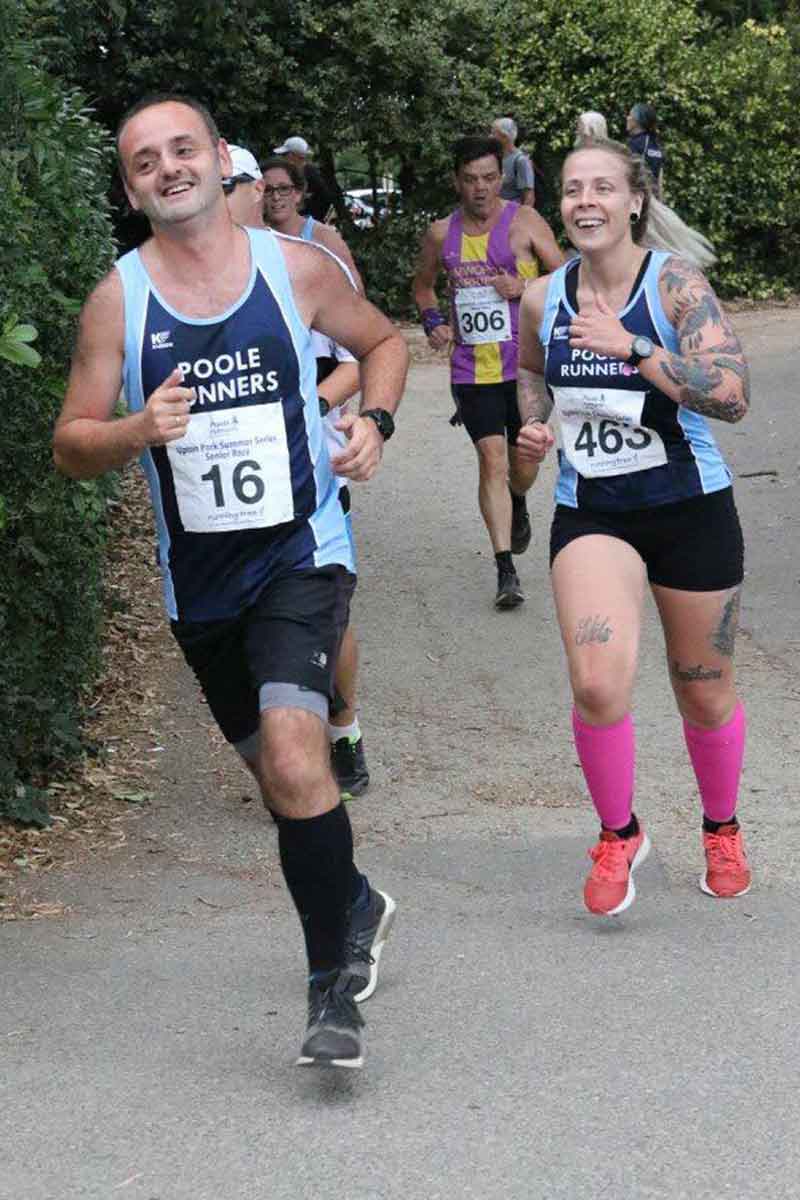 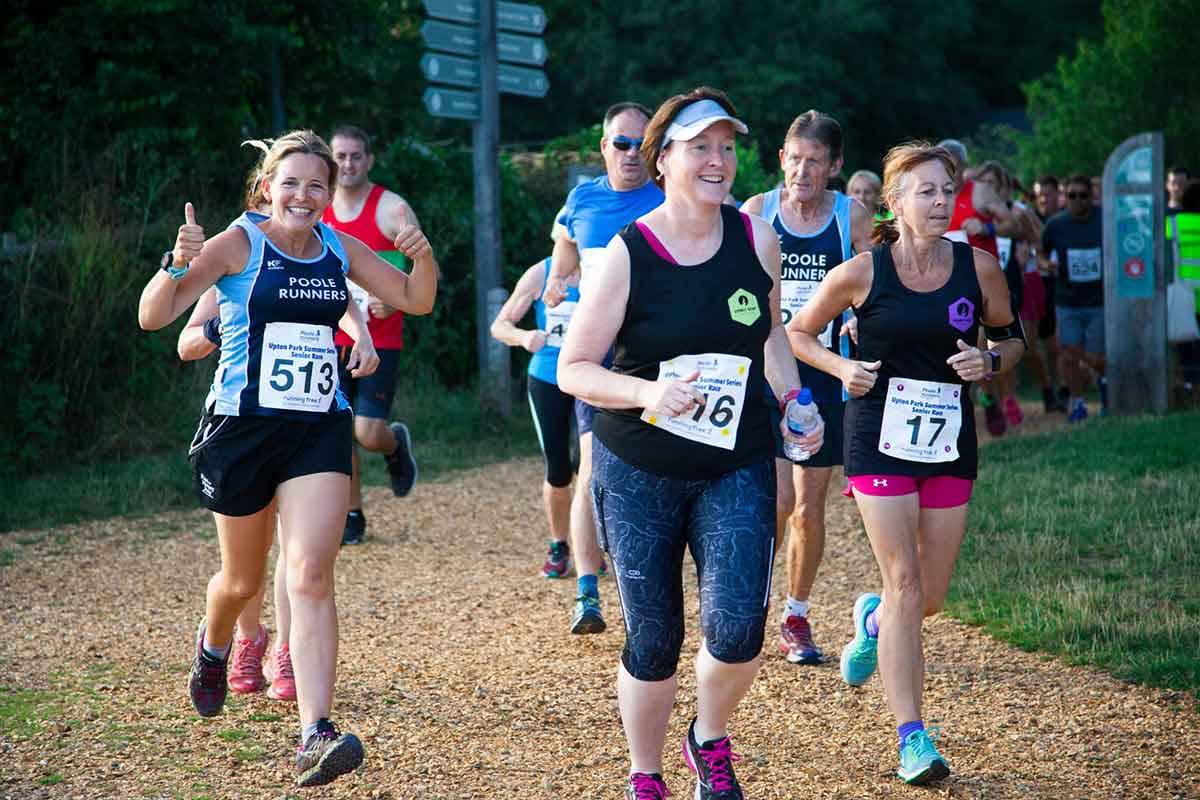 The six races are competitive and licensed  under UKA  rules (no dogs, buggies, or headphones).

All abilities are welcome at the fully marshalled series and you do not have to be a member of a running club.

There is a wide range of age category prizes and team trophies presented after the last race in front of the house.

A competitor’s age at the date of the first race will apply to all the races in the series. Placings will be judged from positions within the runner’s category only. Any ties will be decided on position in the last race of the series. Must complete 4 out of 6 races.

In each race the first three runners from any UKA club will be deemed to be the club’s team. The best four results from any of the six races will be used to calculate the winning club. Club vests must be worn.

Wednesday 18th August saw the final instalment of the 2021 Upton Summer Series. This brought to a close the series of six 3.5-mile races, each held at Upton Country Park through the summer months, with winners in each age and gender category having the fewest points from their aggregate finish positions over their best four races in the series.

The Summer Series, by necessity, was hosted in a different format this year- with all 276 entrants for the whole series registered before the first race, and competitors running for the first time on chip time. Despite the changes and the restricted field, the atmosphere didn’t drop for a second, as week after week a good turnout alongside a bustling juniors’ event ensured that the Summer Series felt as energetic as it ever has. The season saw course records fall and positions jostle in the race to take a series trophy, all cheered on by the perennial team of enthusiastic volunteers around the course.

The race was led home by host club Poole Runners’ own Dion Garner in 19:23 this week, a best position and best time finish to close the series on a high. He was followed home by Brian Underwood of Poole AC (19:44) and Lewis Clarke of Lonely Goat Running Club (19:47). Fern Kimber of Poole AC was the first woman home also with a season’s best, coming through the line at 21:19; she was followed by Kate Wilkinson and Charlotte Bunch, both Poole Runners, in times of 23:39 and 23:49 respectively. Poole Runners won the team race in both the men’s and women’s categories this event, closing out the series until next year.

Meet at upper grass area in front of Upton house from 6:30pm.

One adult must run with a child under 8.

Parent pick up after the race is the lower grass area.

Numbers must be clearly visible on the front of the child’s top with own safety pins.

Number MUST be kept and re-used for complete series. 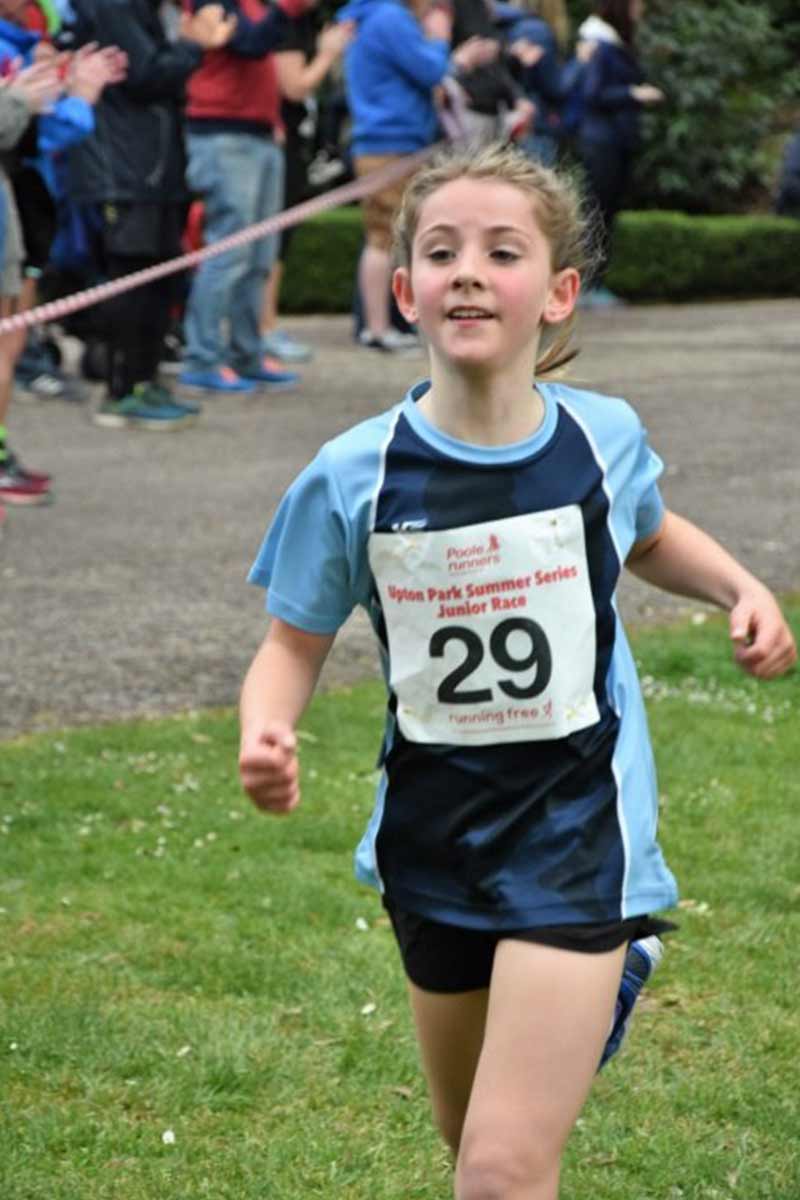 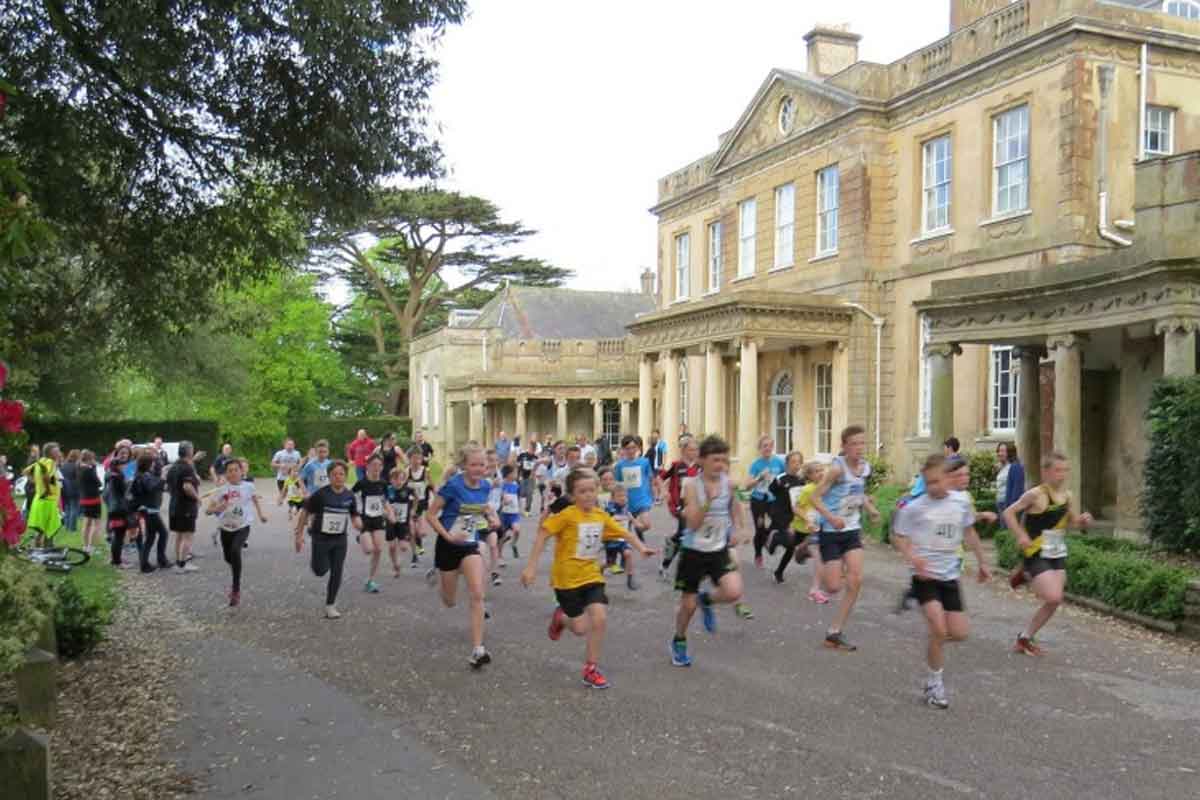 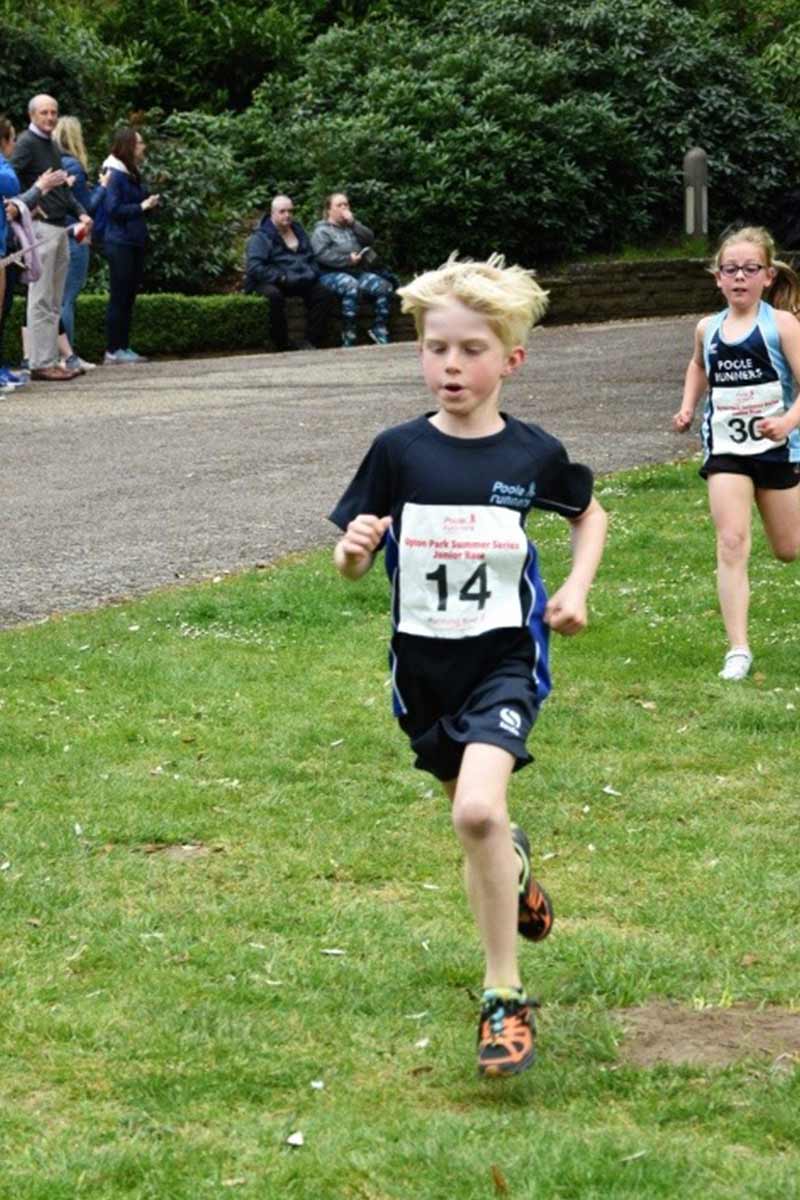 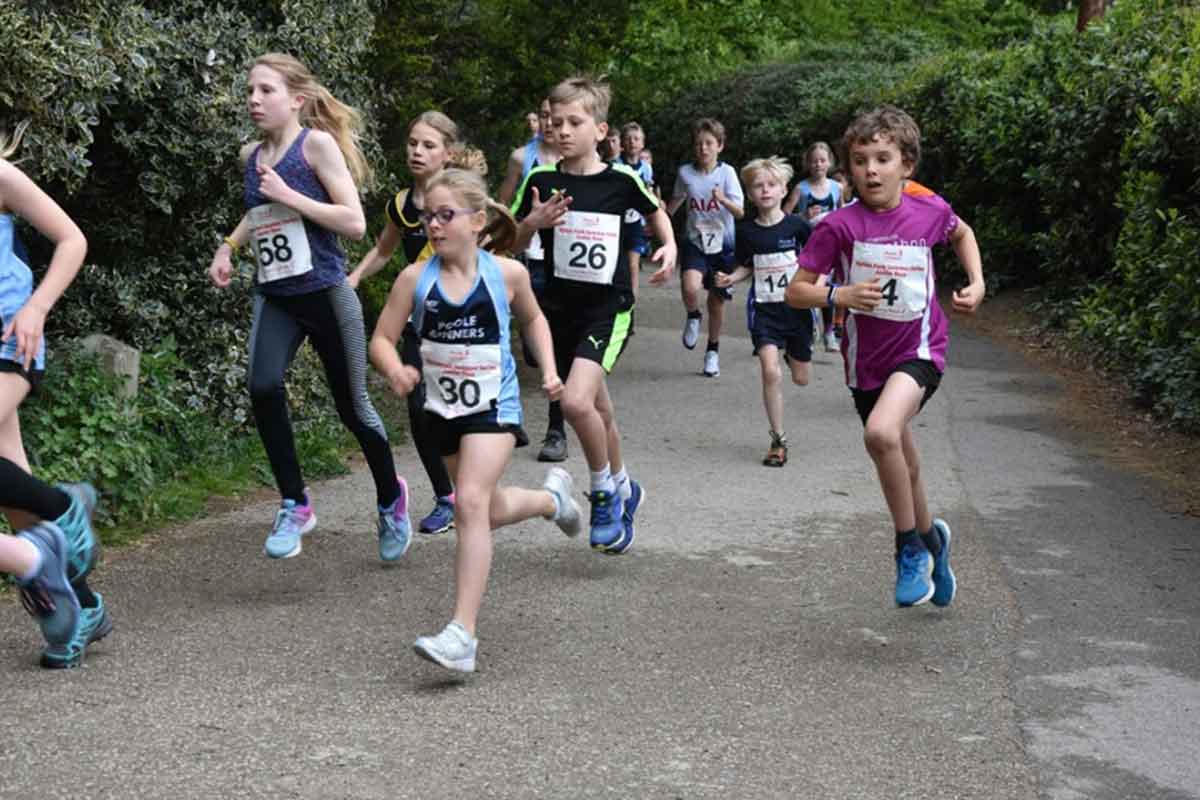 I missed the first race of the series, so this was race one for me. It was quite warm and I was nervous. We got there early to warm up and run the course first. I had done it a few years ago but had forgotten where it went. I wish I hadn’t as I remembered the hill! I then did some drills, but as we were so early I warmed up too soon….oops.

Before the race, Andy, one of our coaches did a warm up. It was quite fun and not like the usual drills we do, I then joined my team mates at the start. Once the race started my nerves settled. There were lots of Marshalls on the course so I really didn’t need to worry about the course before the race; it would have been hard to get lost. I ran down THE hill and to the turning point, I was really enjoying it as people were clapping us all the way. Then it was time to run back up THE hill. It’s actually quite a short hill but it’s definitely hard work for me. Once at the top I know the race is nearly done. There were lots of people cheering all the runners and I like that. I got to the finish line, but wasn’t sure where to stop so kept running. Overall it was really fun. I had wanted to go faster but I enjoyed it all the same and can’t wait for the next race.

Races will, of course, only take place if government, local authority and UK Athletics requirements can be meet.

The following are confirmed results, no further changes will be made:

2021 Seniors  Age Standings can be found be clicking the  box